[Sticky] The site and how to get there

An historic WWII air base with a wealth of ruins and bunkers amidst 120 acres of mature woodland.
This is the old airfield on the road between Brigstock and Grafton Underwood, Northamptonshire. 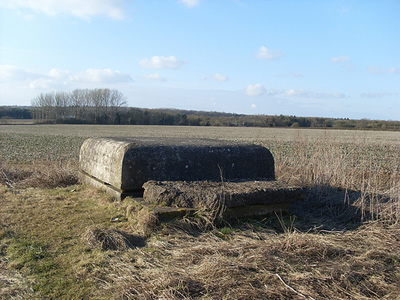 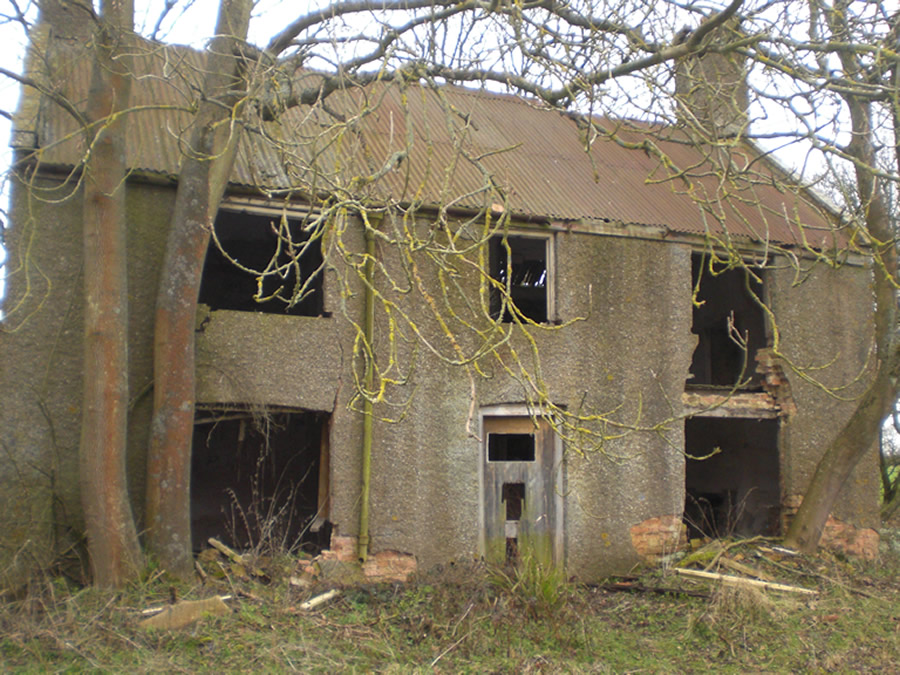 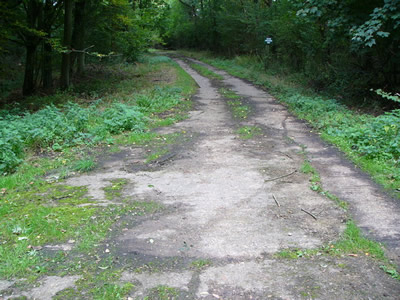 Grafton Park Wood holds the remains of the living quarters of the airbase including the barracks, Foxy cinema, Officer's club, hospital and many bunkers. On the other side of the road lies the airfield where the runways can be clearly seen from the air. The different tree growth with fast growing conifers, gives away the locations of the remains of buildings and concrete structures.

RAF Grafton Underwood is a former World War II airfield in England. The field is located 4 miles NE of Kettering in Northamptonshire.

RAF use
The airfield was opened in 1941 and was first used by the RAF Bomber Command 1653 Heavy Conversion Unit with Liberators. The original runways were approximately 1,600 yards and 1,100 yards in length. However, these were unsuitable for the operation of heavy, four-engined bombers and the field was upgraded to Class A airfield standards, including the lengthening of the runways to the required 2,000 yards for the main and 1,400 yards for each of the others, started in late 1942.

The first United States Army Air Force Eighth Air Force tenant on Grafton Underwood was the 15th Bombardment Squadron, arriving on 12 May 1942 from Batchelor, Australia. The squadron flew the British Boston III light bomber. The 15th was originally part of the 27th Bombardment Group (Light), based in the Philippine Islands, however the group's planes (A-24's), did not arrive by December 7, 1941. Due to the deteriorating situation in the Philippines after the Japanese attack, they were diverted to Australia where they reformed into a combat unit and fought in the Dutch East Indies and New Guinea Campaigns.

At the time Grafton Underwood was lacking many facilities, and the squadron moved to RAF Molesworth in mid June.

In early July 1942, the 97th Bombardment Group (Heavy) arrived at Grafton Underwood with two B-17E bomber squadrons, the 342d and 343d. The ongoing construction at the airfield limited its ability to support a full bomb group, and it acted as a satellite airfield for RAF Polebrook. However, the 97th had already been there in England for some time, because the 340th Squadron was already at Polebrook and had arrived months before the 342nd and 343rd had gotten to Grafton.

The 97th Bomb Group is famous for flying the first Eighth Air Force heavy bomber mission of the war, attacking the Rouen-Sotteville marshalling yards in France. The lead aircraft of the group, Butcher Shop, was piloted by the Group Commander, Colonel Frank A. Armstrong, and squadron commander of the 340th Major Paul W. Tibbets (who later flew the Enola Gay to Hiroshima Japan on the first atomic bomb mission). In the leading aircraft of the second flight, Yankee Doodle, flew General Ira C. Eaker, the commanding general of the Eighth Air Force Bomber Command.

Through the summer, aircraft from the 342d and 343d bomb squadrons joined with the aircraft at Polebrook attacking airfields, marshalling yards, industries, naval installations, and other targets in France and the Low Countries.

In September the 97th Bomb Group left Grafton Underwood and consolidated its aircraft at Polebrook. In October the Group was transferred to the Twelfth Air Force in the Mediterranean theatre and then 15th Air Force and went on to lead a number of secret and daring missions all over Europe.

The 305th Bombardment Group (Heavy), arrived from Muroc AAF, California during September 1942, replacing the 97th. The Group was assigned to the 40th Combat Wing at RAF Thurleigh. The group tail code was a "Triangle G". Its operational squadrons were:

At Grafton Underwood, the group began combat on 17 November 1942 and attacked such targets as submarine pens, docks, harbours, shipyards, motor works, and marshaling yards in France, Germany, and the Low Countries.

During December 1942, the group was transferred to RAF Chelveston.

The next Eighth Air Force heavy bomb group to arrive was the 96th Bombardment Group (Heavy) which flew in from Pyote AAF Texas in the latter part of April 1943.

The 96th Bombardment Group was assigned to the 45th Combat Bombardment Wing of the 3rd Bombardment Division. Its tail code was Square-C. The group consisted of the following squadrons:

This group commenced combat operations on 14 May but, as it was assigned to the 45th Wing with a general base area in north Essex, the 96th moved east at the end of May to RAF Andrews Field.

The 384th was assigned to the 41st Combat Bombardment Wing of the 1st Bombardment Division. Its tail code was Triangle-P. its operational B-17 Flying Fortress squadrons were:

The Group's targets included aerodromes at OrlÃ©ans, Bricy, and Nancy; motor works at Cologne; arms manufacturers at Solingen; a coking plant at Gelsenkirchen; an aircraft component parts factory at Halberstadt; steel works at Magdeburg; and ball-bearing plants at Schweinfurt. The Group made a damaging raid on aircraft factories in central Germany on 11 January 1944 and received a Distinguished Unit Citation for the action.

The 384th took part in the campaign of heavy bombers against the German aircraft industry during Big Week, 20-25 February 1944. Received another DUC for the mission of 24 April 1944 when the group, although crippled by heavy losses of men and planes, led the 41st Bomb Wing through almost overwhelming opposition to attack an aircraft factory and airfield at Oberpfaffenhofen. The group also bombed ports, communications centers, oil facilities, and cities, attacking such targets as oil storage plants in Leipzig and Berlin, ports at Hamburg and Emden, and marshalling yards at Duren and Mannheim.

At times the Group flew interdictory and support missions. Attacked installations along the coast of Normandy prior to and during the invasion in June 1944 and then bombed airfields and communications beyond the beachhead. Supported ground troops during the breakthrough at Saint-LÃ´, 24â€“25 July, by bombing enemy strong points just beyond Allied lines. Hit tank and gun concentrations north of Eindhoven to assist the airborne assault on Holland in September. Struck enemy communications and fortifications during the Battle of the Bulge, December 1944-January 1945. Aided the Allied assault across the Rhine in March 1945 by attacking marshalling yards, railway junctions, and bridges to cut off enemy supplies.

After V-E Day, the 384th remained in France after the war as part of United States Air Forces in Europe. Carried American soldiers to Casablanca for return to the US, returned Greek soldiers to their homeland, and moved Allied troops to Germany. The 384th Bomb Group was inactivated at Istres France on 28 February 1946.

Legacy
The 384th was a United States Air Force front-line Strategic Air Command unit (1955â€“1994) under various designations during the Cold War. Upon activation in 1955, the 384th Bombardment Wing was bestowed the lineage, legacy and honors of the USAAF World War II 384th Bomb Group.

The wing was inactivated by Air Combat Command on 1 October 1994 after almost 40 years of active duty.

Postwar Air Ministry use
After the war, Grafton Underwood was used for vehicle storage with No. 236 Maintenance Unit employing up to two hundred civilian drivers and mechanics. The unit at the airfield repaired and stored thousands of Air Ministry vehicles which were sold at monthly public auctions. The airfield was finally declared surplus to requirements and closed on 1 February 1959.

Civil use
With the end of military control, Grafton Underwood airfield was returned to agricultural use, however some old buildings remain, in varying condition. Most of the concreted area of the airfield has been removed, except for some single-track agricultural roads which were part of the perimeter track and runways. Several frying pan and at least one double-loop hardstand remains on the north side of the airfield on private farmland. Woods now cover much of the site and these are open to the public. A memorial was installed at the airfield site in the 1990s.